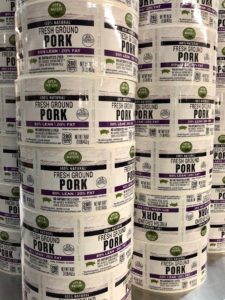 Ever since the mid-1800s, when President Lincoln established the predecessor of the FDA, known as the Department of Agriculture and the Bureau of Chemistry, the relationship between the public and the manufacturers of various products of mass consumption has become increasingly more regulated. Fast forward to the early 20th century, and we find a world where product labels are taken very seriously, especially once the Federal Food, Drug, and Cosmetic (FDC) Act of 1938 was passed, which was the first act that condemned unsafe quantities for unavoidable toxic substances.

Product labeling became even more of a battle in the 1950s, as the public was faced with problems such as having to deal with swindlers who tried to pass cheap margarine as genuine butter. The result was the Oleomargarine Act of 1950, which changed the face of margarine and butter labeling forever.

Another interesting change in product labeling came in the 1970s, when the California Certified Organic Farmers (CCOF) was formed, leading to farmers integrating terms such as “organic produce” into their food labels. Finally, the last big food labeling trend began in the early 90s, when the Nutrition Labeling and Education Act (NLEA) forced all suppliers of packaged foods to add nutrition labeling and health information to their product labels.  In today’s time there may be topics surrounding the cannabis labels Colorado companies produce.  As more and more shops are having to label their product.